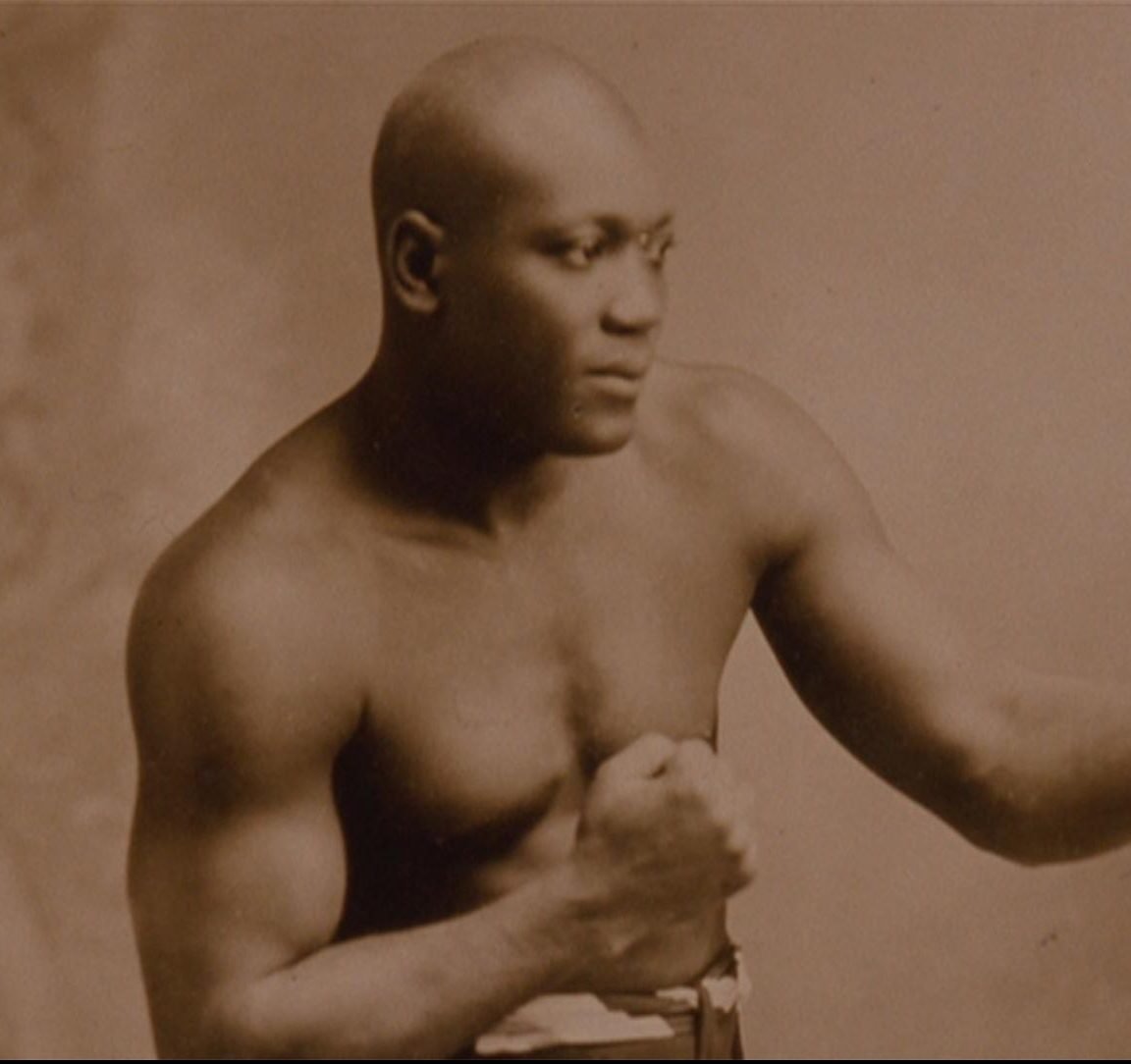 John Arthur “Jack” Johnson (March 31, 1878 – June 10, 1946), nicknamed the Galveston Giant, was an American boxer who, at the height of the Jim Crow era, became the first African American world heavyweight boxing champion (1908–1915). Among the period’s most dominant champions, Johnson remains a boxing legend, with his 1910 fight against James J. Jeffries dubbed the “fight of the century”. According to filmmaker Ken Burns, “for more than thirteen years, Jack Johnson was the most famous and the most notorious African-American on Earth”. Transcending boxing, he became part of the culture and the history of racism in America.

In 1912, Johnson opened a successful and luxurious “black and tan” (desegregated) restaurant and nightclub, which in part was run by his wife, a white woman. Major newspapers of the time soon claimed that Johnson was attacked by the government only after he became famous as a black man married to a white woman, and was linked to other white women.  Johnson was arrested on charges of violating the Mann Act—forbidding one to transport a woman across state lines for “immoral purposes”—a racially motivated charge that embroiled him in controversy for his relationships, including marriages, with white women.  There were also allegations of domestic violence. Sentenced to a year in prison, Johnson fled the country and fought boxing matches abroad for seven years until 1920 when he served his sentence at the federal penitentiary at Leavenworth.

Johnson continued taking paying fights for many years, and operated several other businesses, including lucrative endorsement deals. Johnson died in a car crash on June 10, 1946, at the age of 68.He is buried at Graceland Cemetery in Chicago.